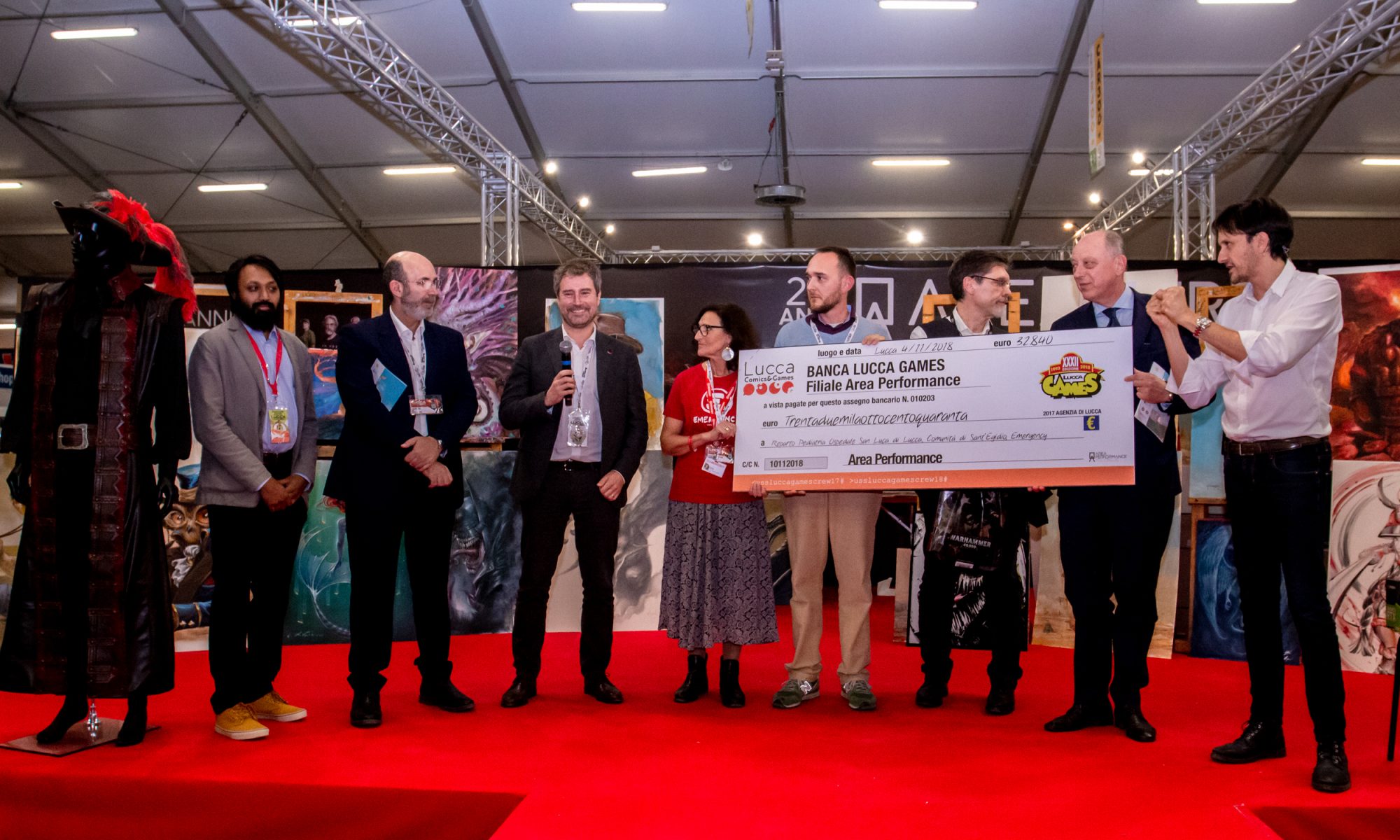 As every year, during the festival, the world’s best known comics and fantasy artists were invited to paint and draw live and to donate their works, which were then auctioned by us since during the last day of Lucca Comics & Games.

This year was the twentieth year and therefore everyone, artists and supporters, were called to a test of special commitment. Proof that everyone has largely passed, showing a true big heart. In fact, the proceeds from the auction were record-breaking. A good € 34,832.62 collected, a figure that will be divided as last year between Emergency, the Community of Sant’Egidio and the pediatric ward of the Lucca Hospital.

As proof of the great commitment and support that has been shown to us, this year we received the works of over 100 masters of comics and fantasy as gifts, some of which were then auctioned online on the Catawiki website, which brought the total proceeds, together with the auction held in Lucca, for a record € 41,287.

The proceeds from the online auction (over € 6,000) will go entirely to Emergency, the humanitarian association founded in Milan in 1994 to bring help to the civilian victims of wars and poverty, in particular of the Mayo Pediatric Center in Sudan (here the link of the project).

A great year, a great edition and above all a big heart for all “our” artists, members, volunteers, supporters and donors.