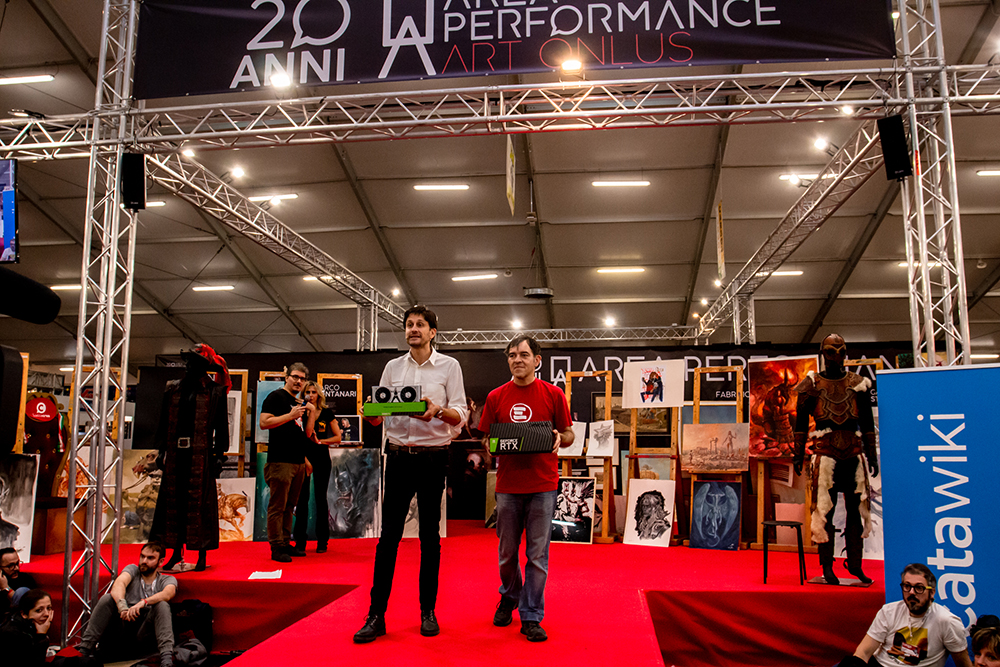 As every year, the assembly of members of the Onlus Area Performance Association was held, to analyze the actions taken in the last year and plan the activities for the next period of the non-profit organization that for over twenty years has raised funds thanks to the auctions of the originals works of the best masters in the world of comics, fantasy illustration created during Lucca Comics & Games.

After approving the new budget, taking note of its continuous growth and the  successes achieved for its twentieth anniversary (record of the proceeds raised – € 41,287), the association planned the action plan for 2019 and early 2020.

The charity projects approved in February 2018 were confirmed in the following ways:

All this will lead to an investment of about twenty thousand euros for the next year in the aforementioned activities, which will therefore see the Area Performance still engaged in local and national projects linked to solidarity with particular attention to children.

The association also confirmed as president Andrea Cazzullo, born in Genoa in December 1970. This is his second term as head of the association, having always followed its development since its inception in 1999.